Arthur Lockington is my wife’s 1st cousin 2x removed.  Their common ancestors are John Lockington and Susannah Snowden, my wife’s 2x great grandparents.  He was born about 1892 in Middlesbrough, Yorkshire to parents Joseph Lockington and Ellen Elizabeth Johnson.

I have been fortunate to find Arthur’s WW1 service records on www.ancestry.co.uk.

Arthur enlisted at Middlesbrough on 4 September 1914.  His records show his age as 22 years 157 days.  He served as a rifleman in the 12th Battalion Rifle Brigade and his service number is S1746.

While he was still on service in England Arthur married Margaret Wilkinson on 6 March 1915 in Middlesbrough.

Arthur left for France with the British Expeditionary Force on 21 July 1915 and landed at Boulogne the following day.

The next important piece of information is that Arthur is reported missing presumed killed in action on 25 September 1915 while fighting at Pietre in a 6.00am attack to the north of Neuville.  This was a supporting or diversionary action during The Battle of Loos.

On 5 July 1916 The War Office awarded Margaret Lockington a pension of 15 shillings a week for her and her daughter Florence who was born on 11 April 1916.  Sometime in the December quarter of 1918 Margaret married Sydney Flett in Middlesbrough.

Arthur is remembered on the Middlesbrough War Memorial and is commemorated on the Ploegsteert Memorial in Belgium.  This memorial includes the names of more than 11,000 servicemen of the United Kingdom and South African forces who died in this sector during the First World War and have no known grave.

The memorial was designed by Harold Chalton Bradshaw, with sculpture by Gilbert Ledward and was unveiled by the Duke of Brabant on 7 June 1931. 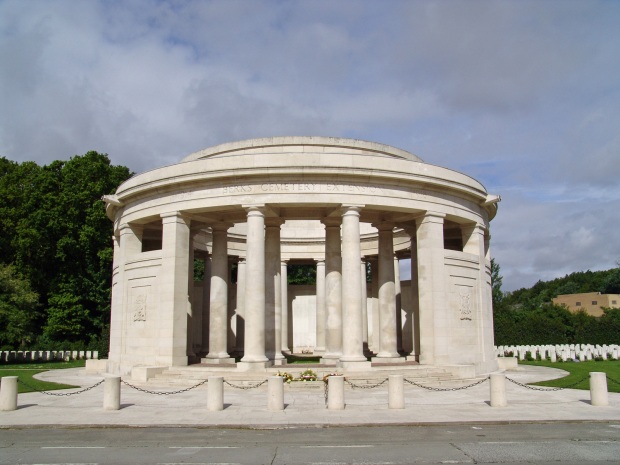